Today is going to be quite a unique topic of discussion. Rarely do I get the opportunity to combine anime with engineering. For those new to the blog, although I run the blog Animated, I am in my final year of engineering school. Today is one of those special days I’m enabled to talk some engineering mixed in with some anime. I’m really excited about it!

Today I’ll be talking about Steins;Gate. Yes, their will be some spoilers. However, I know the anime is quite old so I think most readers will have watched the anime up to this point. Still, here is your warning, SPOILERS FOR THE ANIME STEINS;GATE ARE AHEAD.

As the title indicates, I’ll be discussing thoughts on the feasibility of time travel from an engineering standpoint. No, sadly, I am not in any way experienced in time travel, creating a time machine, or gel bananas. However, I’d like put some theories or events in the anime against some real life engineering and science. I’d also like to share some personal opinions on the topic using some knowledge I’ve learned in my time at engineering school. So get your D-mails ready! You know, just incase.. 😉 SPOILERS AHEAD!

In Steins;Gate, we learn that before a time machine was functional to travel forward and backwards in time, it could only travel backwards in alpha world lines. This would lead you to question, would it actually be easier to time travel back in time rather than travel to the future?

Actually, as of right now, it’d be the opposite.

With today’s knowledge, it’d be more feasible to create a device that travels you to the future rather than the past. Let me explain. Time traveling to the future, in its most basic sense, would be traveling faster than the speed of light. In its most basic definition, a person may use “time dilation” (the principle that time elapsed is relative to motion) so a small amount of time may pass for them, while a large amount of time passes somewhere else. It’s saying, “time passes slower for a system in motion rather than at rest relative to an observer.” This can be achieved at relativistic speed. How fast is that? Speeds up to and faster the speed of light.

So, am I basically saying all you have to do is beat light itself in a foot race? Well yeah, but not so fast…. (I’ll give you a second to laugh at the unintended pun.) The fastest recorded speed on earth is currently 231 miles per hour (roughly 371 kilometers per hour). The speed of light is 186,000 miles per SECOND. Roughly 299,792 kilometers per SECOND. Let that sink in.

Ok so maybe we can’t beat light in a 100 yard sprint. Hypothetically, what if we could? It still wouldn’t be the end all solution. Let me elaborate.

When you’re traveling faster than the speed of light, you’re essentially traveling faster than time and space. Meaning, time and space would need to catch up to you. So you aren’t really time traveling, rather you’re waiting for reality to catch-up. You’re still going through the same amount of time just at a faster rate than reality. Meaning, yes, you’d still age the same amount of time you would have “time traveled.” That’s where the “kind of” comes in. Although it hypothetically would be easier to go forward in time, you wouldn’t be actually going “forward” so to speak. You’d be going faster.

Steins;Gate and the GrandFather Paradox 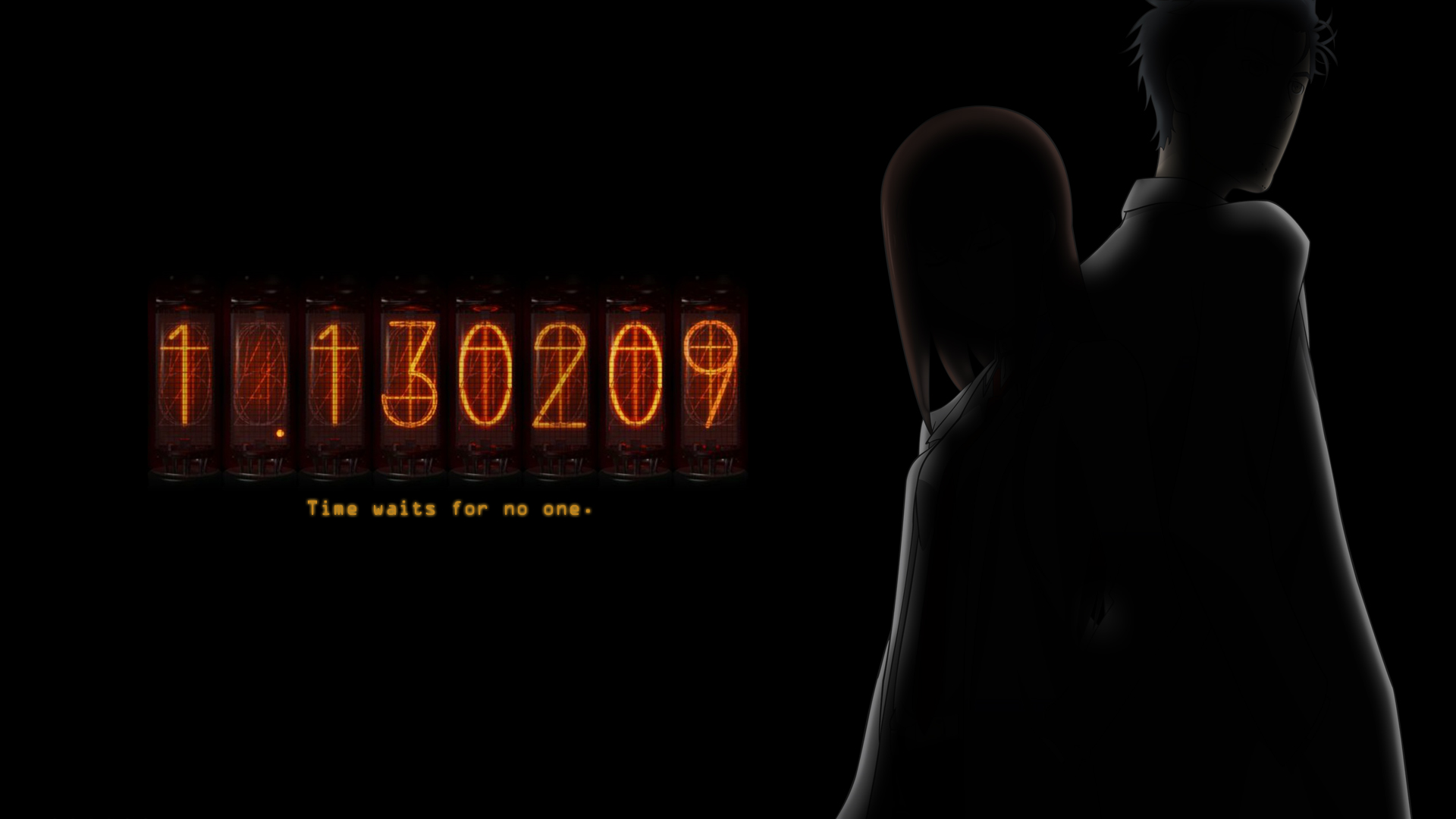 In Steins;Gate, time travel is achieved by jumping world lines. However, many believe backwards time travel is unlikely due to the potential of time disturbances. The classic example of this being, The Grandfather Paradox.

“What if one were to go back in time and kill one’s own grandfather before one’s father was conceived?”

In a more general sense:

“The Paradox regards any action that alters the past, since there is a contradiction whenever the past becomes different from the way it was.”

In the anime, it seems this paradox doesn’t apply. With one exception, the final time travel mission. MAJOR SPOILERS AHEAD.

Like I always do, here’s your grace sentence incase your eyes wandered. During most time travel scenes in Steins;Gate, Okabe is jumping from alpha world lines. Meaning, D-mails aren’t changing the past, rather they are forming a new timeline in the case where an event did not happen. Example, Faris’ D-mail to change the fate of her father. The word line is changing to one where he is still alive, not going back in time and preventing the event from happening. It isn’t till the final mission where the grandfather paradox would come into play. Why is this? Because Okabe is time traveling within the same world line. The beta world line.

So, did I just say an anime debunked a real world paradox? Yes, but no.

It has been discussed that “temporal paradoxes” could be avoided through the variation of the many-worlds interpretation. World lines, in Steins;Gate. This would imply all possible alternate histories and futures are real. But, by definition, is this really time travel? Or is this simply jumping to parallel universes at a variable time stamp. Their is only one-point, actually a few but we’ll get to that, in the anime where Okabe is aware and has to be aware of a time paradox, the final mission to achieve Steins;Gate. This is the first time in the anime you see an alternate Okabe. Which leads you to question.

Is this the first time Okabe actually time traveled?

Steins;Gate: A Story of Time Travel or World Travel?

There is one question I have that the anime doesn’t really go in-depth with. Is the divergence number changing every time Okabe travels back in time or only when D-mails are being sent? This is a huge question that would answer whether this is an anime about time travel or world travel.

We only see for sure that the divergence number changes when a D-mail is sent. However, the story wouldn’t make sense if the divergence number didn’t change every time Okabe went back to try to save Mayuri. If Okabe was going back in time every single time he wanted to save Mayuri, it would have created a time paradox. Why do I say this? Remember I stated we only see an alternate Okabe in one instance. The final mission was the mission that Okabe actually achieved “time travel.” He traveled a time line within the same world line. Had he done so before, we would have potentially seen an alternate Okabe. Thus causing a time paradox. The divergence number, although we don’t see it and maybe not as significantly, is changing every time Okabe tries to save Mayuri. So no, Steins;Gate doesn’t debunk the time paradox theories because, it is arguably a story of parallel world travel at different time stamps, not time travel. Time travel, however, is finally achieved in the anime during the final mission. So in a way, you could say it’s a story of both. Using one to achieve the other.

Which leads me to my final food for thought.

Is Steins;Gate and the beta world on different divergence numbers? Both above 1.0, but both different world lines…

So many questions, so little time. 🙂

Talk to you in the future Animated World! 😉