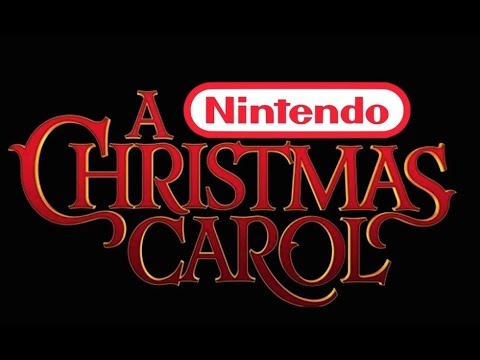 AHHH CHRISTMAS IS JUST ABOUT HERE!!!

I figured it’d be right to close out the last few hours of holiday shopping by finishing up my rankings for the Switch games I currently own. It’ll make for a good reference for maybe some last minute gifts or even some New Years presents. So before I waste anymore of your last second holidays shopping time, here’s the wrap up of my ranked Nintendo Switch games!

*Xenoblade Chronicles 2, Nine Parchments, and Skyrim were not featured in my rankings due to time of purchase.* 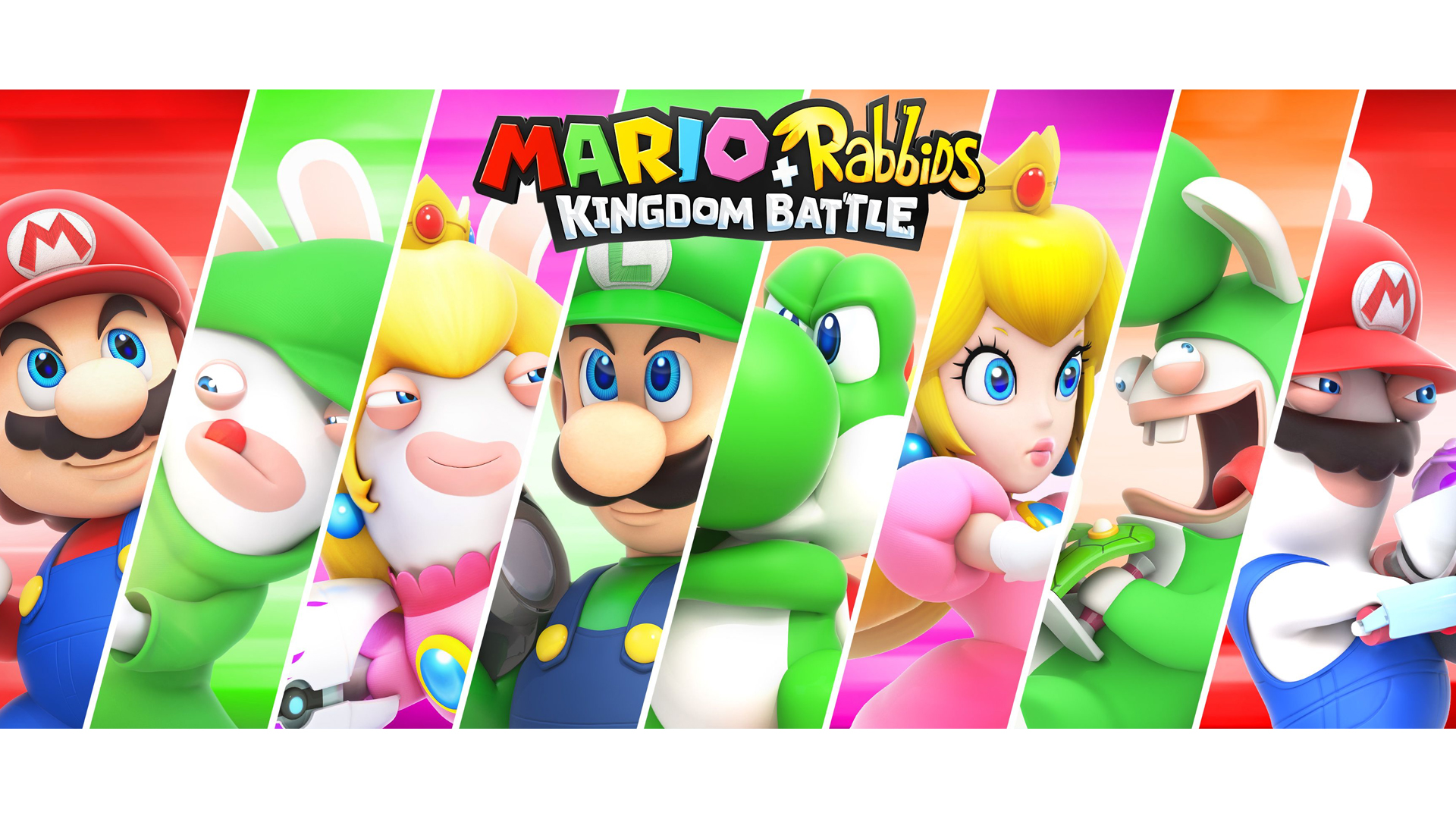 This is definitely my surprise pick for 2017 games released on the Switch. Starting up the top five is the crazy duo cross-over of Mario+Rabbids Kingdom Battle. Initially, I wasn’t going to buy this game. I actually didn’t even know what it was suppose to be. However, after watching some of my favorite YouTube Nintendo brand ambassadors trial the game, I found it really interesting. Believe it or not, this game is a turn based combat game. (I know right, didn’t see that coming.) The story of the Rabbid’s being whirled into the Mushroom Kingdom is actually quite intriguing and will keep you playing. You’ll also have to unlock characters and weapon upgrades to give you some addition incentives to progress through the story. The story has a funny kind of comedic charm to it. Like Rabbid Peach taking selfies after a boss battle as said boss proceeds to fall off a cliff. It has its funny moments. However, toward end game, I’ll admit it did start to feel a tad bit repetitive. The game does offer some local multiplayer features, however, I have no tried these features just yet. I’d recommend Mario+Rabbids to fans of silly humor and turn-based combat. Other than that case, I’d recommend you watch some gameplay beforehand just to make sure you know what type of game this is. Because trust me, you’ll be doing a lot of turn based battling.

Definitely the most updated game on the Nintendo Switch. But I guess they take after the first installment’s “Stay Fresh!” slogan. Chances are, unless you play daily, every time you dive back into Splatoon 2 there will be something new to discover. Whether that be a new weapon (they release a new one almost every two weeks), a new map, a new mode, new gear, or a new splat-fest, Splatoon 2 is always staying fresh. All free of cost, might I add. You’ll mainly be looking to buy this game for the online 4v4 multiplayer and the brand new mode Salmon Run. The most basic explanation I give to Salmon Run is its basically a four player Call of Duty zombie mode on Splatoon 2. Except, well your battling Splatoon creatures and not zombies. It’s a nice feature to have when you need some time away from competitive play in multiplayer. It keeps the game…well…(yup, you guessed it)…FRESH! If you’re looking for story, it’s about the same as the first. Pretty short, but has a little bit better of a narrative to it than the first installment. The Splatfests that are held almost every month will keep you coming back to Splatoon 2 to party it up. I really enjoy the Splatfests this time around because they have quite a festive vibe to them. Marina and Pearl take center stage during Splatfests and throw quite the party. Overall, I really enjoy Splatoon 2 as it’s quite an improvement from the franchise’s initial installment. I recommend Splatoon 2 to those who played the first game, and anyone with a Switch that enjoys a casual fun shooter.

** Do yourself a favor, get a pro controller for this game. The difference is night and day, and that’s coming from someone who enjoys playing games with the JoyCon grip. The game feels like it was meant to be played with a pro controller. 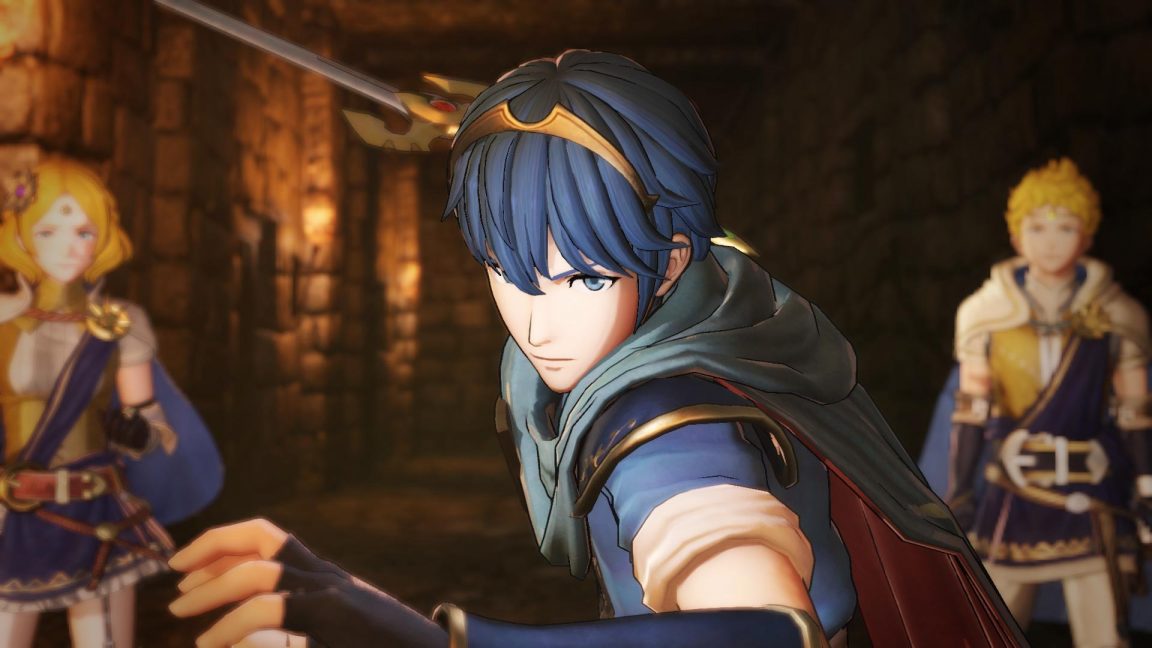 Now I’ll start #3 off by saying, I’m a huge Fire Emblem fan. I’m a tad biased toward this game because of my love for the franchise. In my opinion, this is one of the most underrated games for the Nintendo Switch. Also Type-Moon, take some notes and get the Fate franchise together with Omega Force. PLEASE!! Any who, I digress.

Taking the third spot in my rankings is Fire Emblem Warriors. The game looks beautiful playing it in console mode on the Nintendo Switch. However, I’ll be honest, I can’t say I’ve enjoyed playing the game in handheld mode as much. Mainly due to the mini map. There is a lot happening on the mini-map in Fire Emblem Warriors that is vital to keep track of. From checking on your four deployed units (which you can switch {no pun intended} to at any time), checking on the deployed support characters, recognizing sub missions, trying to find Ana when her criteria in battle is met, and the rest of the vital information the mini map has to offer. Trying to see all that information in handheld mode is difficult. It’s not really a fault of the game, just an unintended consequence for having the mini-map be such vital tool for this game. Basically, do yourself a favor and play this game in console mode. You’ll be rewarded with a visually stunning game anyways.

Now for the praise. Hyrule Warriors honestly felt like a Dynasty Warriors game with Legend of Zelda character skins. Fire Emblem Warriors feels like a beautiful combination of both franchises. I must say, Omega Force did their homework in learning the tactics, combat triangle, weapon catalog, and support features from Fire Emblem. It almost, in a way, feels like you’re playing a Fire Emblem game, but actually fighting the battles in real time.

The game has quite a bit to do as well. Playing through the main story will most likely take around 20 hours on normal mode. However, you can play-through again on much harder difficulties to unlock Ana’s mementos. The game also offers History Mode, which provides you with maps of various historic scenarios from the Fire Emblem series. This is where I’ve spent most of my post-story playing trying to unlock Lyn and Celica. Also, the first of three packs of DLC just released for Warriors. Headlining this DLC pack includes three new historic maps, three new playable characters, costumes for playable characters, and new weapons. Their is plenty to do in this game.

In my personal opinion, this is my favorite Mario game since Super Mario 64. Super Mario Odyssey was a new, stunning, fun, and nostalgic adventure. You’ll run through visually impressive worlds of forest, desert, frozen tundra, food, urban areas, and much more. For those who have played Odyssey, I know that’s only a few worlds. I don’t want to give away too much because this game is better of being experienced firsthand. The actual main story will only take you anywhere from 10-25 hours roughly. I believe I finished the story in 15 hours. Worried about the game being too quick? Don’t worry, you’ll only have scratched about 20% of what Odyssey has to offer. You’ll probably finish the story with roughly 150-250 Power Moons. The game has a total of 1000 Power Moons. Trust me, there is plenty to do. So much so, it may even be a little too many Power Moons. My personal favorite part of Odyssey? How much the game pays homage to the Nintendo and Mario heritage. I loved going into 8-bit sections throughout different worlds paying homage to Mario’s past installments. Plus, where you pop up after you’ve completed the main story the first time is nostalgic as nostalgia gets. The game plays fantastic no matter which way you decide to utilize your Switch to play it. I not only recommend Super Mario Odyssey to anyone with a Nintendo Switch, but also for the first time on these rankings, I’ll say this game is a must buy. 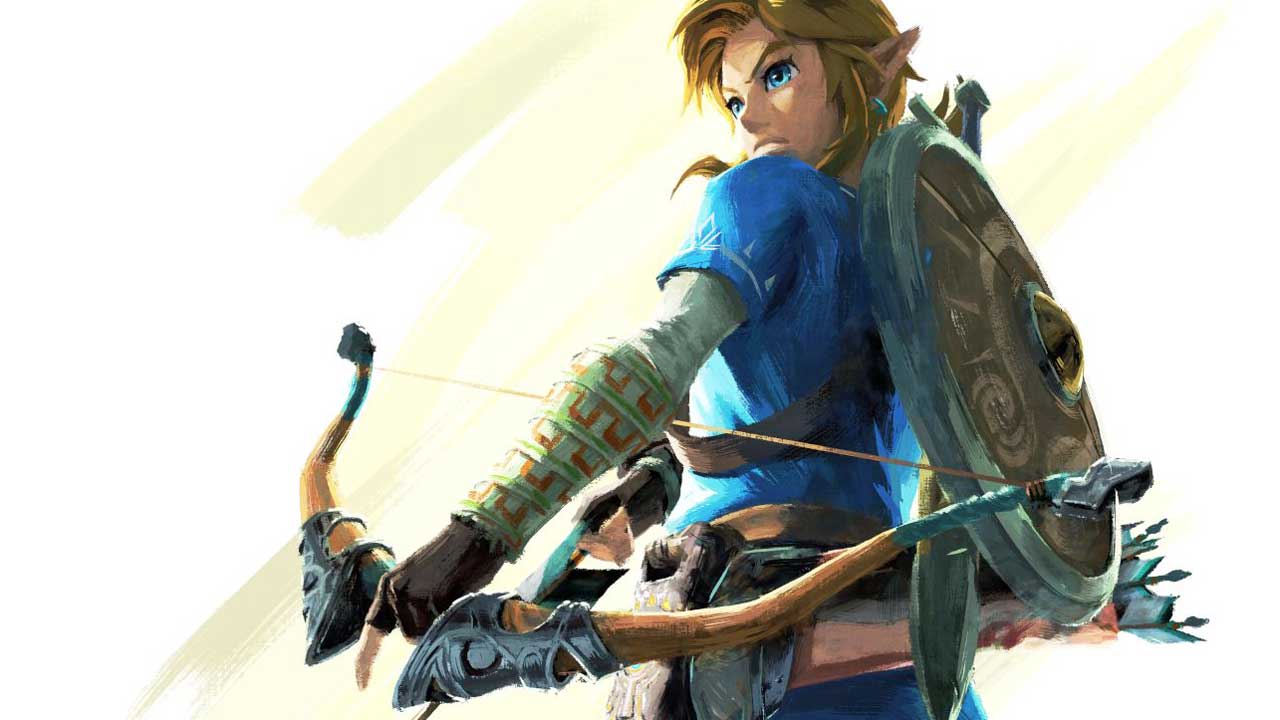 Let’s be honest, the game’s resume speaks for itself. Finishing off my owned Nintendo Switch games ranking is the game that hasn’t shied away from the number one spot on most lists, Legend of Zelda: Breath of the Wild. The Switch released with arguably its best and hardest hitter. Breath of the Wild is an absolute masterpiece. You can spend 35 hours just proceeding through the main story, 50+ hours doing extra activities aside the main story, or 100+ hours absolutely being indulged in the game. Plus, now that the DLC packs 1 & 2 have been released, you’ll be spending plenty of time immersed in this game. When the game released, my friend played 10+ hours just exploring the map. Breath of the Wild doesn’t pull any punches visually either. The game looks absolutely stunning on the Nintendo Switch. (It probably looks just as good on the WiiU, but since this is a Switch list, I digress…) Although I’ve heard of some frame rate issues in some cases when playing in the Switch’s console mode, I haven’t experienced this enough to hinder my experience. The game runs fantastic in tabletop and handheld mode as well, just be aware of your battery life. The best advice I can give about this game is to not run through it. Experience everything this game has to offer. I not only recommend this to anyone with a Nintendo Switch or WiiU, but I’ll go as far to say again, this is a must buy for Nintendo console owners. Do yourself a favor, don’t just play this game, experience it!

Wrapped up, bow on top, and now ready for Santa Clause himself! Hope you enjoyed the entire list of my Nintendo Switch game rankings. Hopefully it even helped out someone with some holiday shopping or gave some ideas for last second gifts.

Any who, time to blast Christmas music till the sun comes up!